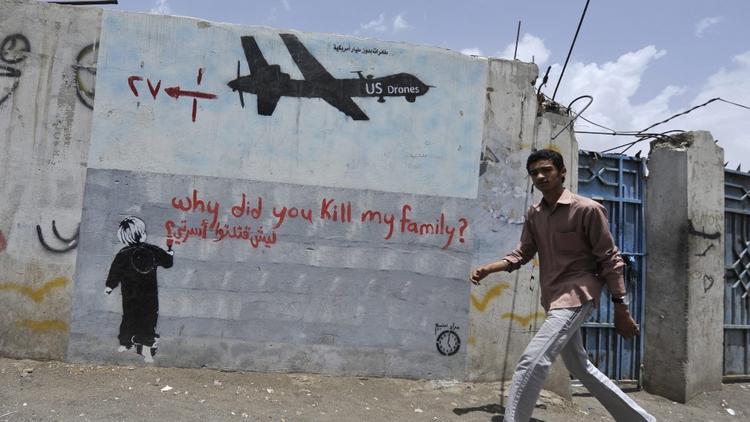 Drone strikes are a serious and disturbing issue affecting multiple countries. However, despite horrific reality of these events, very few people in dominating countries such as the United States of America are aware of their severity. It has become apparent that, despite the shift towards global news mediums, and the creation of a ‘global community’, society is still exposed to bias in the news they receive. Media outlets are both in part causing and responding to this issue. This is due to news values, and how they shape and are shaped by the viewers.
There is a push for stories with ‘strong’ images, of pictures that the audience deems exciting or interesting, such as dramatic events- for example cyclone Katrina– or sensation, such as baby pictures of the already infamous North West. Pictures of the war on terror, to which the Government of the USA has attributed these attacks, should therefore be a popular topic.
This then brings in the factor of cultural proximity– the more culturally similar to the viewer to attention will be payed, while the culturally distant will be passed by more easily without notice. While countries subjected to drone strikes, including Afghanistan, Yemen, Somalia, Sudan, and the Philippines feature drone strikes as a regular item in daily news cycles, most of the world remains largely ignorant. Even when reporting on these issues news programs, namely in the USA, focus remains on the anti-terrorist benefits of the strikes, rather than the negative pit falls, that only areas experiencing such fears would understand.
Another dominating feature of the mediascape is its tendency to be ‘elite-based’. This means that members of society that are considered ‘elite’ are given emphasis in news stories. This is used to ‘rationalise’ omitting the statistic that out of the 2373-3841 (estimated by the Bureau of Investigative Journalism) people killed, 416- 957 (up to a terrifying 40%) of them were civilians with no ties to terrorist activity, and 168-202 of those innocents were children. This also has the reverse effect from the usual assumption that negative news will more easily be unambiguously agree upon as a negative event, as it seems bad, however can be seen as benefiting the USA and other countries fighting terror, therefore brings in conflicting theories and opinions, which may create uproar in the global sphere- another thing media outlets tend to avoid.
The sources used for reporting on drone strikes also cause an issue in effective and representational reporting. Research has proven the articles tend to be based off the opinions of white, middle-class, middle-aged professionals males, that are deemed to supply an “expert” opinion. However, in the case of dealing with the constant threat of drone strikes, wouldn’t it be more effective to ask the people that actually live in such situations? Even gaining the opinion of drone strike operators gives a better real world view of the effect of drone strikes.
Whilst the problems of the world won’t be solved by new reports, it’s the first step to public awareness and action into solving a problem that has thousands of civilians living in constant fear.

What comedian John Oliver had to say about the issue: